Edgehill Community (formerly known as the Jule Wilcher Quarters) was named by Mrs. J.C.A. Wilcher who taught school for a long period of time.  She was a native Virginian and began her teaching career in her native state.  Her maiden name was Miss Sara Madison Wilcher.  Shortly after the war between the states, she came to Rockmart, Georgia, as a teacher.  While teaching at Rockmart she met and married the Honorable J.C.A. Wilcher who was a Representative in the Legislature at the time.  After being married, they moved to Mr. Wilcher’s home community in southern Glascock County where she continued her teaching career in a log cabin where rough boards were used for seats.  While teaching here, she was given the honor of selecting a name for the community surrounding the school.  She called it Edgehill, for a small village in her native state.

Gibson, Georgia since 1858
When those in power at the time realized that the government should be brought nearer the people, Rep. Wylie W. Kitchens introduced a bill which passed, creating Glascock on December 19, 1857. The new county was carved from Warren and Jefferson Counties. The new county was named for Brigadier General Thomas Glascock. Surveyor Seaborn Kitchens surveyed the 20 acres and laid the lots in 1858. Gibson was aptly named for Judge William Gibson (1822-1893) who donated $500 to be used for public buildings in the new county. It was and is such an honor to recognize a man of so many accomplishments! He served in the Confederate Army, was wounded at Gettysburg, was taken prisoner by the Union Army, and was released in 1864 under a prisoner exchange between the North and South. Judge Gibson was buried in Magnolia Cemetery in Augusta, Ga. Gibson, the County Seat of Glascock, is a special place for 663 people who are proud to call it home. It is a friendly and safe place for many who have been there all their lives. It is located at the intersection of Ga. Hwy 102 and 171. Gibson is proud to boast of a newly renovated court house, an outstanding school system, a public library, more than twenty churches, several active civic clubs as well as several interesting and efficiently run businesses. 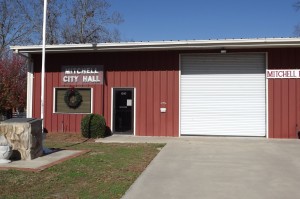 A Caring, Sharing Community Since 1896”
Located on Georgia Highway 102 between Wrens and Sandersville, Mitchell was born due to the Augusta Southern Railroad, and was named for Railroad President, Robert M. Mitchell. Mitchell is home to fewer than 200 people, most of whom would not consider living any other place. Few businesses remain, Pulliam Lumber & Griswell’s Saw Shop, but citizens continue to work hard to keep our town clean, attractive, and safe. Mitchell is proud to host an outstanding Springfest every year on the third weekend in April. The final highlight is a Community Worship Service held outside City Hall. 2013 will be its 17th year. Mitchell is proud of its Depot Historical Museum, surrounded by a walking track and a playground. Hamburg State Park is about four miles from Mitchell.